What’s in a name? 4 tips for finding that elusive ancestor

One of the things I love about genealogy is the fascinating variety of names and the many forms that one particular name can take. One memorable name that I encountered recently was Cadwallader Slaughter, often shortened to Cad Slaughter. What a name! It’s a delicate science using names to determine the identity of one person, or distinguishing between many people. Here are the most significant things to remember about names in your genealogy research. 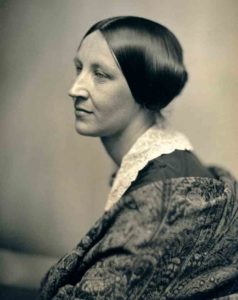 Before the standardisation of spelling in the 20th century, people spelled names according to how they sounded. As long as a name was pronounced correctly, it often didn’t matter which letters were used to spell it. The less common a name was, the more likely it was spelled in a variety of ways. A name could be spelled one way at the beginning, and another way at the end of the very same document.

Naturally, the vowels are the most changeable parts of a name. I recently did a project on the Van Wormer family of Albany County, New York. Not only did I observe that the “Van” part was optional, but I also found the following spellings for Wormer: Wurmer, Wermer, Wirmer and Warmer. Another example was the Rhodus family of Madison County, Kentucky who also went by Rhodes, Rhodis, Roads, Rodas, Roders, and Rhoads. I’ve heard families say ‘My ancestors belonged to the branch of the family that spelled their name this way.’ While that could be true, a researcher must keep an open mind and not be hasty to reject other spellings. Other factors such as who they associated with and where they lived should be considered in determining the identity of an ancestor.

Many countries like Australia and the United States were populated with immigrants from other countries with their own name traditions. As they settled into their new life, they often modified their names, whether to blend in to their local culture or just to suit their personal wishes. For example, we had a hard time finding the parents of my ancestor Margaret Wire until we realised that they spelled their name ‘Quire’. This name had originally been ‘McGuire’ when their ancestors had emigrated from Scotland. Again, paying more attention to the pronunciation of the name than the spelling helped us keep an open mind and recognise all of the possibilities.

Tip #3: Nicknames and abbreviations might not resemble birth names

A genealogist must be aware of common nicknames and abbreviations for common birth names in order to determine if they are dealing with the same person. Here are some related names that I often come across in my research:

In this day and age with our computer search capabilities, it is more important than ever to consider every possible way that a name could have been spelled. A Google search for ‘Rhodes Madison County Kentucky’ would not yield the same results as ‘Rhodus Madison County Kentucky’, and valuable websites would be missed. Multiple searches with different spellings are critical to gather as much information as possible. One important note: the asterisk (*) is often used as a wildcard when one name ends in several different ways. For example, “Rho*” and “Rod*” were two search terms I used with the Rhodus family on certain websites. However, Google does not treat the asterisk in the same way. While it may be used in place of a word or an initial, such as “John * Smith” for a man who used different middle initials or names, Google does not recognise the asterisk as a replacement for letters within a name. (See our blog post on Google searching for more tips.)

So, what’s in a name? Merely the identity of your ancestors! Remember to keep an open mind, consider all of the possibilities, and enjoy the wonderful variety of names in your genealogical records.

Exclusive Offer for familyhistory.link users: Receive $100 off a 20-Hour Research Project from Legacy Tree Genealogists with code SAVE100! Order at https://www.legacytree.com/order.

Legacy Tree Genealogists provides full-service genealogical research for clients worldwide, helping them discover their roots and personal history through records, narratives, and DNA. Based near the world's largest family history library in downtown Salt Lake City, Utah, Legacy Tree has developed a network of professional researchers and archives around the globe. For additional information on services visit us