Genetic testing is becoming an increasingly integral part of the family history and genealogy industry, and is often considered necessary as part of the reasonably exhaustive search required for the genealogical proof standard.

In this introduction to DNA testing for family history purposes, we’ll outline the basics—the different types of DNA, reasons to take a DNA test, and real-life applications and successes. 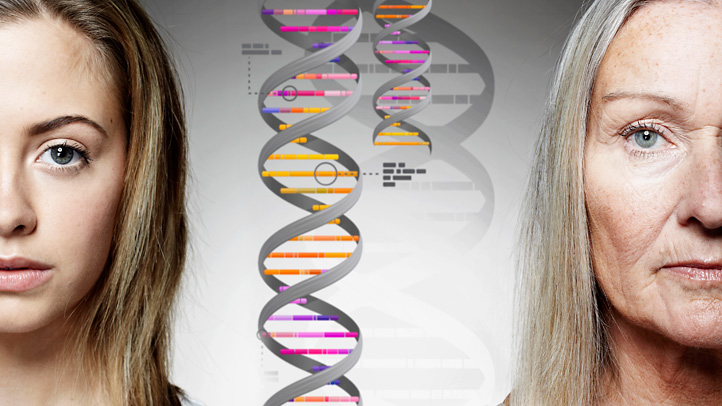 yDNA tests have been in use for genealogical purposes for over 10 years. yDNA tests get their name from the Y-chromosome. The Y-chromosome is only carried by males and is inherited in a line of direct paternal descent. A male receives his Y-chromosome from his father who inherited it from his father, and on and on. Occasional mutations help to distinguish different Y-chromosome lineages. Because surnames are often inherited in a similar pattern in many cultures, two individuals with the same surname and similar Y-chromosome signatures share a common direct line paternal ancestor. Likewise, two individuals with different surnames but who share the same Y-chromosome signature share a common direct line paternal ancestor. This situation may be indicative of a “non-paternal event (NPE),” which could include an undocumented adoption, illegitimacy, a surname change, or any number of other situations which might result in the paternal surname not being passed to both lines of descent.

atDNA or autosomal DNA tests are designed to look at over 700,000 DNA markers that can be found on a person’s “autosomes,” which are the 22 pairs of non-sex chromosomes found inside the nucleus of a cell. Autosomal DNA tests analyze portions of the DNA that are inherited both paternally and maternally. Each person receives half of their autosomal DNA from their mother and half from their father. Autosomal DNA undergoes a process called recombination, which shuffles the maternally and paternally inherited copies of DNA before passing them on to the next generation. Each person receives exactly half of their autosomal DNA from each parent, but only approximate percentages can be applied to more distant generations of ancestors due to the random nature of recombination. Each individual shares about 25 percent of their DNA with each grandparent and half that amount for each subsequent generation. Individuals who share large identical segments of autosomal DNA most likely share a recent common ancestor. Autosomal DNA testing has become very popular over the last few years and most ancestral DNA tests are autosomal tests.

We recommend that there be a specific genealogical objective or research question in mind prior to completing a DNA test, just as there should be a specific objective in mind when undertaking traditional research. Once this question or objective is determined, then advice regarding which test to take and whom to test can be given.

DNA testing can be useful for answering questions regarding adoption, illegitimacy, unknown or mis-attributed parentage, name changes, immigration, and many other instances of difficult-to-trace ancestry.

While DNA tests have the ability to help investigation in these difficult situations, they also have the ability to reveal well-kept family secrets. Whenever a DNA test is taken, the subject should recognize the possibility of discovering previously unexpected relationships through undocumented adoptions and illegitimacies. Many times the discovery of these events can be surprising and may drastically change the way you view and approach your family history. Testing companies and private researchers do not claim responsibility for these discoveries and the impact that they may have on individuals and families.

Many adoptees have successfully identified their birth parents through genetic testing and other available resources. However, genetic testing can also be helpful for genealogical questions. Many have successfully used yDNA testing in conjunction with autosomal DNA and the historical record to identify fathers of illegitimate ancestors. Others have used autosomal testing to overcome recent genealogical brick walls. Yet others have used mitochondrial DNA to support descent from common maternal ancestors and to confirm or refute family legends regarding African or Native American ancestry.

In one recent case, we were able to reveal the identity of a client’s 2nd great-grandfather through autosomal testing. A concealed illegitimacy had prevented previous contact with this part of the client’s family and as a result of DNA testing, we were able to extend the client’s ancestry several generations. Though we were able to answer the client’s research question, this research also opened new avenues of investigation since no member of the family has yet been able to determine the origin and parentage of their common 2nd great-grandfather who was born in the early 1850s in Missouri. DNA testing and collaboration with these newfound cousins may help to reveal this individual’s ancestry through future research.

Applications of DNA testing to genealogical investigation are many and varied, and they are also frequently successful. However, even when tests do not yield immediate results, as more people test and more matches are identified, genetic genealogy tests become sources that keep giving.

Legacy Tree Genealogists provides full-service genealogical research for clients worldwide, helping them discover their roots and personal history through records, narratives, and DNA. Based near the world's largest family history library in downtown Salt Lake City, Utah, Legacy Tree has developed a network of professional researchers and archives around the globe. For additional information on services visit us